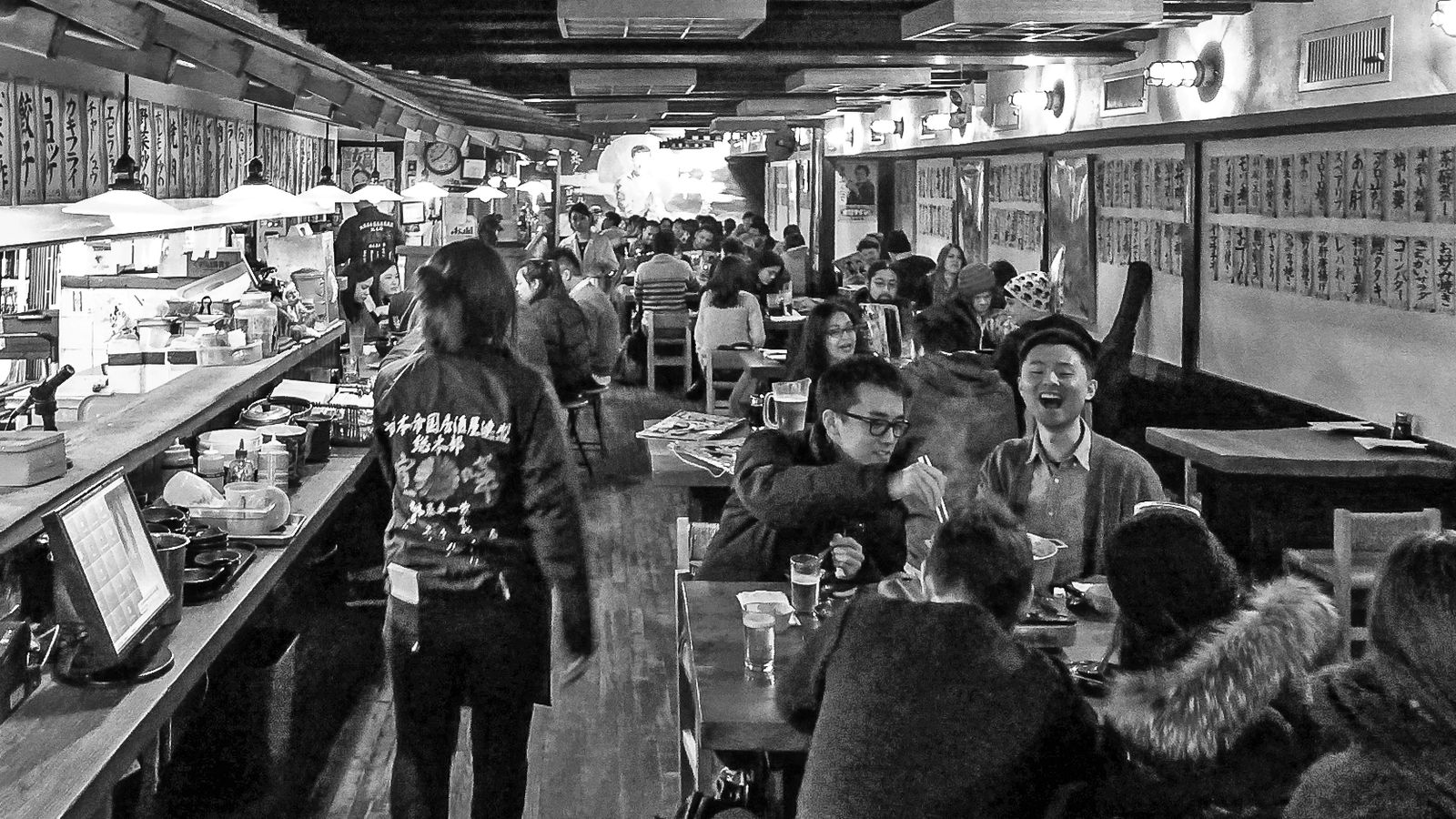 Centered on the corner of Stuyvesant and East 9th, where the streets form a little triangle with 3rd Avenue, Little Tokyo is a neighborhood within a neighborhood that spreads out like tako tentacles onto at least a dozen blocks of the East Village. Little Tokyo goes back to the early 80s, but it wasn’t until a decade later when the city’s general population became aware of it and started treating the area as a culinary and touristic destination.

A boom in the Japanese economy in the 1980s saw a flood of Japanese businesspeople arriving in Midtown, and this prosperity also paved the way for younger expats, who found the East Village more to their liking with its picturesque tenements, jazz and rock associations, and cheap rents. Some came here to attend NYU and stayed. Soon, the East Village became a mecca for Japanese twenty-somethings, and the empty storefronts furnished an opportunity to launch Tokyo-style businesses aimed at the slightly homesick new recruits, remaking izakayas, noodle shops, and sushi bars with an East Village flair.

Soon, the East Village became a mecca for Japanese twenty-somethings.

The first Japanese restaurant in the neighborhood was Mie on 2nd Avenue, one of the city’s original sushi bars — but its formality and staid décor made it seem more like a Midtown establishment. The first to really feel East Village-y was Sapporo East, founded in 1983. It became Little Tokyo’s equivalent of a diner, with inexpensive prices and a mixed constituency of Japanese and other East Village newcomers. Hasaki followed in 1984; in 1990 it was the first restaurant in Little Tokyo to be detected by Zagat, though by then there were nearly 20 such restaurants in the neighborhood. The owner of Hasaki was Japanese-born Bon Yagi, who went on to start 10 more establishments in the vicinity, including Soba-ya and Rai Rai Ken. You might call him the mayor of Little Tokyo.

This process accelerated in the 1990s, and soon there were grocery stores, fashion emporia, gastropubs, street food stalls, toy stores, hairstyling salons, and other commercial institutions, so that the East Village became rife with Japanese storefronts, of which the most profuse today are the ramen parlors. In fact, the East Village led the way in the current popularity of this noodle. Sushi was another commodity that found itself remade in the East Village. In Japan it had been among the most expensive of commodities; here it was democratized so that anyone could afford a set meal in a sushi bar, and the phenomenon soon spread to fast-food places and salad bars.

Following is a visitor’s guide to Little Tokyo, organized by type of attraction, listing some of the finest examples of each.

Type to search or hit ESC to close
See all results